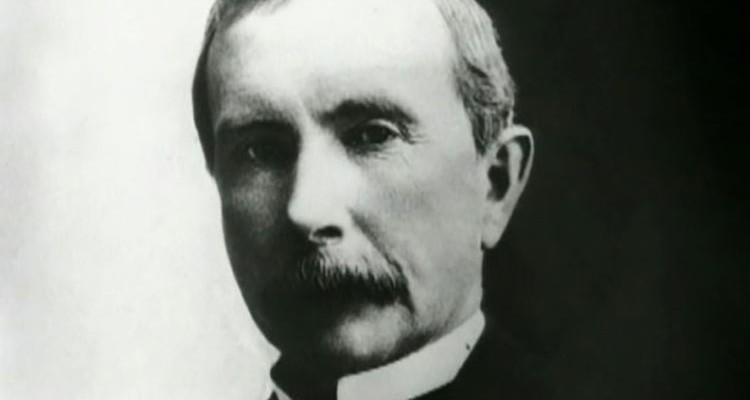 John D. Rockefeller, the first billionaire in the United States, is considered to be the richest man in the US. Although NYT described him as the world’s most philanthropic person, he was definitely the most hated man in the US and was often described as a greedy robber baron by many. He was responsible for the creation of the American middle class and the development of the nation as a great industrial power. Although he lived in a luxurious mansion, he always dressed his children in pretty ordinary clothes so that they never get spoiled.

Born in 1839, Rockefeller never had an easy childhood. Thanks to his mother, John was deeply religious from a very young age, and he always believed that if he helped others in need, he would be helped by God. The man made his fortune by revolutionizing the oil industry. During his time, people used to lot their homes with candles and heated them using wood or coal. The candle light was very dim, and coal was dirty. Rockefeller dreamt of refining oil for the poor man so that they can have it at a cheap price. His gift to the world was kerosene, and it was so cheap that anyone could buy it. He standardized the quality of this refined oil and gradually his company, Standard Oil, was formed.

Rockefeller never had any labor problems as he paid them well and was open to receiving creative ideas from his employees. His chemists and engineers were well rewarded when they gave new ideas to extract more kerosene from a barrel of oil. Unlike the other oil refiners who dumped waste into the rivers, his staff always found some use for the remaining components – the gasoline was used as fuel, and other by-products were used to manufacture anesthetics, varnish, and paint. The automobile industry, for instance, would never have  come up without the availability of Rockefeller’s cheap oil. When Henry Ford launched Model – T, Rockefeller was ready to supply cheap gas.

By the end of 1880, Rockefeller’s Standard Oil became one of the biggest companies in the world. He was controlling almost 90% of the oil that was produced in the US. However, in 1911, the US government broke it up amid allegations of unethical business dealings and price fixing but by then Rockefeller had become the first billionaire in the US. It is interesting to note that some of the companies that were formed after the break-up of Standard Oil remain among the largest in the world. Some of these companies are Chevron, ExxonMobil, and ConocoPhillips among others.

Rockefeller supported charities and missionaries all over the world and was instrumental in setting up world-class universities like University of Chicago & Spelman College which is named after his wife and set up for the education of the black women. He has also donated millions for research in the medical field. It is estimated that at the time of his death he has already donated close to $550,000,000 which was actually more than any US citizen had ever possessed.

Was he the richest American?

There have been many rich Americans over the years, but experts believe that John D. Rockefeller with an adjusted wealth of USD 253 billion is the richest American ever. There are some critics who reckon that people like Benjamin Franklin, Warren Buffet and, of course, Bill Gates is way ahead when you are making a list of the richest American. Unfortunately, their methodology is pretty flawed. They try to compare the person’s net worth at the time of death with the GNP of the nation at that point in time. Even by this flawed methodology, Rockefeller ranks way up as his fortune at the time of his death in 1937 was USD 1.4 billion which was 1/65th of the country’s GNP at that time. This is the largest share of GNP any American ever had. Bill Gate’s fortune is 1/425th of the GNP in 1995. No wonder, we all believe that John D. Rockefeller is the richest American ever.