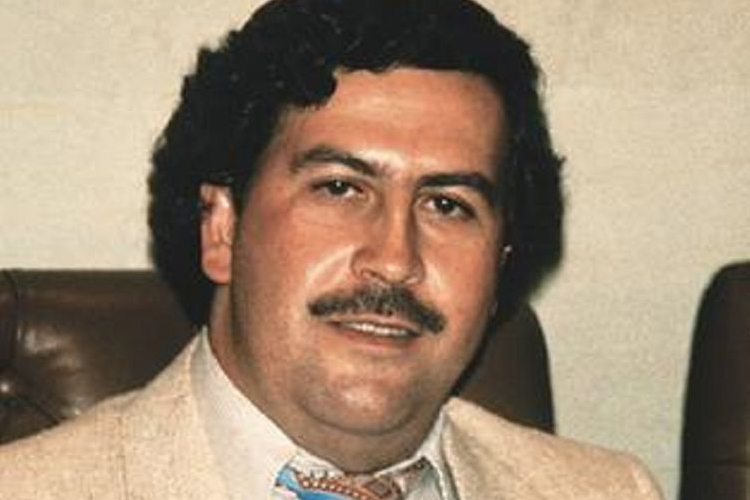 Pablo Emilio Escobar Gaviria has at least 8 other names including Don Pablo and El Patron. These days he’s best known as simply Pablo Escobar. Escobar passed away in 1993, but during his life he was one of the most feared men in the world. At the height of his career as the head of the Medellin Cartel, Escobar smuggled nearly 80% of all “imported” cocaine in the United States. The life of crime paid quite well, and at the time of his death Escobar was worth upwards of $30 billion.

Like most criminals, Escobar started small. After dropping out of university, he began selling contraband cigarettes and fake lottery tickets. He was fairly successful and the money seemed to come easy. When he turned 20, he started to engage in more serious criminal activity, including smuggling and kidnapping.

By 25 he was already smuggling cocaine into the United States as part of a solo operation. He started growing his network by getting others into his group. In five years, it’s estimated that Escobar (along with his cartel) smuggled more than 70 tons of cocaine from Columbia to the US.

Over the next few years his cartel became one of the most prominent in Columbia, and Escobar was in the center of it all. The Medellin Cartel established routes all over the world, and some believe that Escobar’s cocaine was also being sold in Asia.

During the time the operation was making close to $22 billion every year – which comes out to more than $70 million per day. To put that number into perspective, Escobar had to spend close to $1000 a week on rubber bands to hold his stacks of cash. Since cartels don’t use banks for obvious reasons, the money was piling up. Apparently close to 10% had to be written off because rats would eat through some of it. Unfortunately for Pablo, his life of crime eventually caught up to him and he was shot and killed by the police. Before his death, though – the 44 year old lived a life of pure luxury. At least before he had to go on the run from the police.

In 1978 he purchased and rebuilt a 7.7 square mile estate about 100 miles east of Medellin. The estate was named Hacienda Napoles, and it quickly became infamous in colombia. This property is unlike anything that you’ve ever seen before (or likely to see again).

The property somewhat resembled Jurassic Park, mainly because Escobar commissioned statues of dinosaurs and other animals to be erected all over the estate. He also built an actual zoo – complete with elephants, rhinos, hippos, giraffes, and pretty much everything else you’d expect from a zoo.

Since the estate was seized after Escobar’s death, it was turned into a theme park that attracts more than 50,000 visitors every year.

Escobar also had a thing for cars, but his collection was unlike any other. What made his collection so unique wasn’t the rarity of his cars, but their absurdity. With a net worth like his, Escobar could afford any car on the market, but he chose to collect rusty, beat up, not operational vehicles instead.

It’s hard to say why he had such a fascination with rusty cars, but he owned at least a few dozen of them. Reportedly he had a 1930’s Cadillac that he thought looked a lot like Al Capone’s. He decided to make it look more “authentic” by strafing it with gunfire for that “gangster” look.

Relaying Escobar’s lifestyle is impossible, because it’s hard for the average person to imagine what $30 billion can actually buy. Here’s an anecdote to put his wealth into perspective – In a 2009 interview, Escobar’s son recalled that at one point during their hiding, his baby sister was getting cold. Don Pablo’s response? Torching about $2 million in crisp hundred dollar bills to keep her warm.