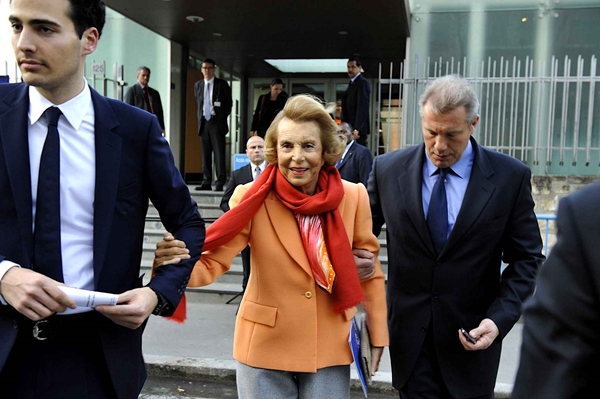 Liliane Bettencourt is a French businesswoman, socialite, French heiress, and philanthropist. Bettencourt is one of the richest woman of the world, having the wealth of US $ 37.9 billions. She is one of the majority shareholders of Loreal and Nestle, which she got from her father’s cosmetic empire.

Liliane Bettencourt was born in Paris. She was the only child of Louise Madeleine Berthe and Eugene Schueller. Her mother died when she was only 5 years old, thereby forming a strong bond with his father. Her father was later on married to Liliane’s British governess. When she was about 15 years, she joined her father’s company as an apprentice. Her task was to label shampoo bottles and mix cosmetics. This resulted in giving her an insight into the ways of business at a young age.

In 1950, Liliane Bettencourt was married to a French politician Andre Bettencourt, who was the cabinet minister in the French government of the 1960s and 1970s. Later on, he became the deputy chairman of Loreal. In 1957, Liliane Bettencourt inherited the shares of Loreal, when her father died. Further, the property of her father went to public in 1973, and in 1974 she exchanged half of her shares for a 3% share in Nestle with the fear that her father’s company may get nationalized.

Bettencourt and her husband found the ‘Foundation Schueller-Bettencourt’ that supports cultural, medical, and humanitarian ventures. Although Bettencourt did not like public appearances and media attention, yet she had become the part of various controversies and notorious headlines. Liliane Bettencourt also became the victim of a Ponzi scheme by Bernard Madoff wherein she lost 22 million pounds.

Despite of the alleged charges and political charges, Liliane Bettencourt is the famous role model for young entrepreneurs. She is placed on the 15th number in the Forbes list.