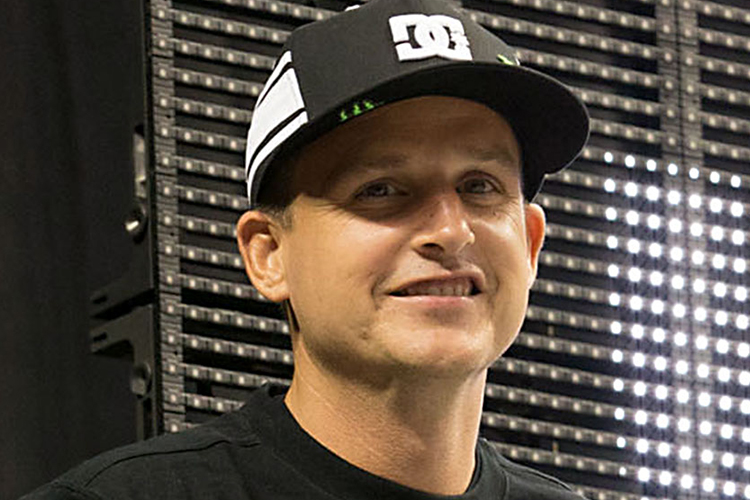 Robert Stanley Dyrdek is best known as a television personality and producer. Although he’s done quite a bit of work outside of reality TV, he’s most recognizable from shows like Rob Dyrdek’s Fantasy Factory, Rob and Big, and Ridiculousness. Outside of entertainment, the 41 year old is also a professional skateboarder and an avid entrepreneur. Combined, his diverse career net him an impressive $50 million.

Long before he would make an appearance on TV, Dyrdek was pursuing a career in skateboarding. Like many other successful skaters, he started at a very early age. When he was just 11 years old he received his first skateboard and hasn’t put it down since.

Shortly after getting his first board, he quickly learned how to skate, and just year later he was offered his first sponsorship. He continued to skate with the sponsor for a few years, until eventually quitting and starting his own company.

At the age of 16 he dropped out of highschool and fully committed to his professional skating career. He left everything behind and moved to Southern California, where he was quickly offered another deal from DC, and later Monster Energy.

He quickly became one of the most recognizable names in the industry and started to dominate the skating world. As his popularity continued to grow, Dyrdek was suddenly presented with a slew of opportunities. One of which was his own reality TV show – Rob & Big, which aired for two years.

At this point, his career was going full steam. Sponsors and ad agencies started throwing money at Dyrdek left and right, so he was able to do what he loved well into his 30s. Dyrdek wasn’t just skating, though. While he has sponsorship money coming in, he was investing it in his own future.

He launched a number of clothing companies and even a hip hop label. Although most of these ventures were short lived, Dyrdek managed to capitalize on them before moving on to something else. His skating talent along with an inherent business know how, have made him quite a bit of cash. Today, the 42 year old is living it up in a futuristic house in Los Angeles. The skater owns two properties, one in LA and the other in Hollywood Hills. The LA mansion spans over nearly 5000 square feet and houses 5 bedrooms and 5 bathrooms. The home was designed and built in 2008 and it’s unlike anything you’ve ever seen. Imagine 20-foot ceilings and a two story grand entry. The entire place reeks of luxury.

His Hollywood Hills house is equally as impressive. The estate sits on prime real estate, and neighbours some of Hollywood’s largest celebrities. This house has only four bedrooms, but more living space than you’d ever need. In the backyard you can find a saltwater pool that is overlooking beautiful, mountainous scenery.

When it comes to cars Dyrdek’s collection is quite diverse. He owns at least five vehicles one of which is a unique (and rare) Campagna T-Rex. Although he is usually spotted cruising around in a matte white Chevy Tahoe, the skater also owns a Bentley Continental GT, a 1969 Camaro, and a pimped out Porsche Panamera Turbo.

There’s no arguing that Rob Dyrdek leads an extravagant life, but it’s also worth mentioning that he does a fair bit for the community. Aside from donating some of his income to charity, the skater also started a nonprofit of his own – The Rob Dyrdek Foundation.

The goal of the organization is to set up “safe skate spots” all over LA, in order to give local children the opportunity to pursue their passion (assuming that passion is skateboarding). To date, the organization set up a number of these safe spots, and the parks have become popular hotspots for LA kids and families.