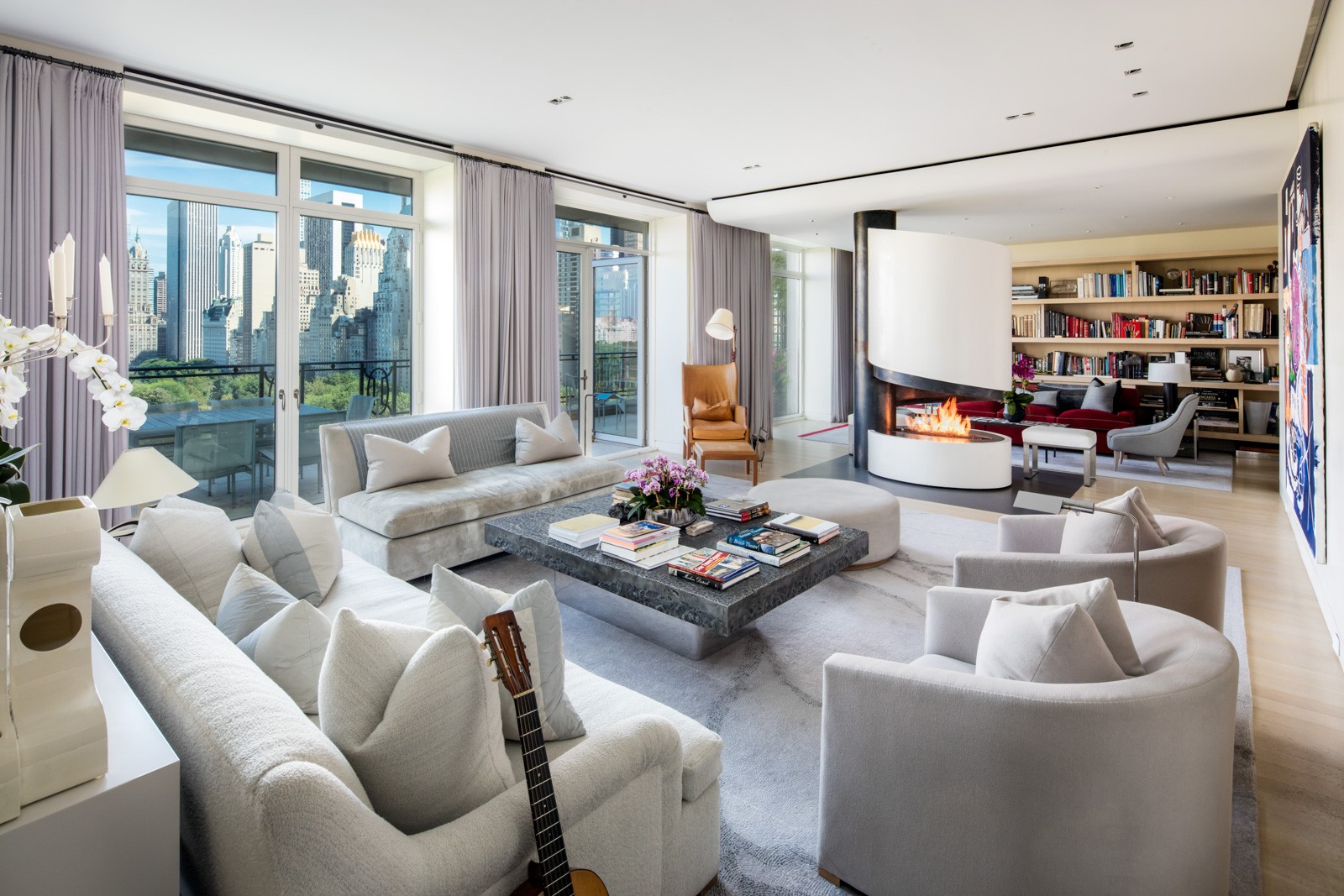 Rock star Sting and actress and director Trudie Styler just listed their double-storey penthouse at 15 Central Park West for US$56 million, more than twice its US$27 million purchase price in 2008.

For almost a decade, the couple lived in the 5,417-square-foot apartment, which was custom-designed for the former lead singer of the Police. Using his given name Gordon Sumner, the musician bought PH16-17B while the building was still under construction, according to property listings and public records provided by Corcoran Group agent Deborah Kern, who is marketing the apartment with Suzun J Bennet of Sotheby’s International Realty.

Noted designer Lee F Mindel of Shelton, Mindel & Associates was brought on board to create a design plan to unify the formerly separate apartments. The three-bedroom unit, on the 16th and 17th floors, now features two custom sculptural spiral staircases connecting the duplex. It also comes with 10ft-tall ceilings and a sprawling terrace of nearly 400 square feet, facing east onto Central Park.

An open gas fireplace separates the living room from the sitting area adjacent to a library with built-in bookshelves. The other side of the residence has a dining room, currently set up with an additional entertainment and media area. The catering kitchen comes with top-of-the-line appliances, including two full-sized refrigerators, four ovens, and three dishwashers.

The second level can be accessed by a separate entrance off the elevator, the front spiral staircase, or the rear staircase from the kitchen. The master bedroom takes up 70ft of frontage directly on Central Park with incredible views via oversized windows and French doors. Two large dressing rooms, a spa bathroom and an additional bathroom with rain shower and steam complete the suite.

The circa-2007 dual limestone towers at 15 Central Park West were designed by architect Robert AM Stern. The best-known deal at the tower was that of former chairman of Citigroup Sandy Weill, who sold his penthouse for US$88 million in 2012, the most expensive Manhattan residential real-estate transaction at the time. Weill paid US$43.7 million for the pad five years earlier.