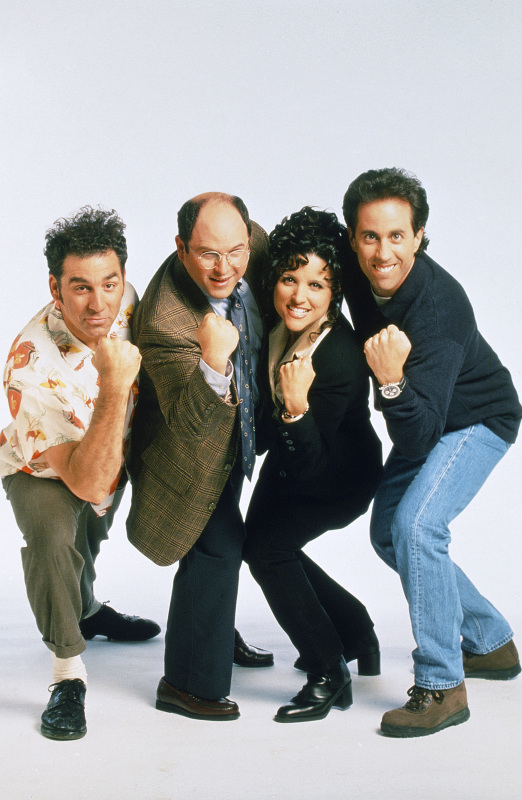 The good ol’ 90s are known for some of the best sitcoms and long running shows. For instance, “The Fresh Prince of Bel-Air”, “Fraiser”, “Full House”, and “Friends” all aired in the 90s. But, there is also another well-known gem that aired in the 1990s: “Seinfeld”. Created by Jerry Seinfeld himself and Larry David, the show had a successful 10 seasons. As a recent comparison, shows like the Big Bang Theory have ran for 10 seasons as well with stars like Jim Parsons earning $1 million per episode. Which makes you wonder what kind of money did the cast of Seinfeld earn? And how much is the cast of Seinfeld’s net worth?

Jerry Seinfeld created the show alongside Larry David. Mr. Seinfeld has a net worth of $870 million. He started as a stand-up comedian but, did not rise to fame until the television series “Seinfeld”.

We’ve written about Julia Louis-Dreyfus Net Worth before. Julia played Elaine Benes on the long-running sitcom. She earned $150,000 per episode. She has a net worth of $200 million which could rise due to an inherited fortune.

Best known for his role as Cosmo Kramer on the hit 90’s sitcom “Seinfeld”, Michael Richards has a net worth of $45 million. Michael started as a stand-up comedian and appeared in movies such a “Miami Vice” and “Night Court”.

Jason Alexander’s net worth is $50 million. He played the role of George Costanza on Seinfeld. He has played a good number of roles in movies. For instance, George has played a well-known role in the film, “Pretty Woman”. Jason appeared on “Who Wants To Be A Millionaire” in 2002.

The stars of Seinfeld have had huge success. Jerry Seinfeld has had the greatest earnings as a writer for the show, as well as playing a major role. Altogether, the Seinfeld crew has earned a lot of cash. If we add it all together, the cast of Seinfeld net worth is $1.16 billion.