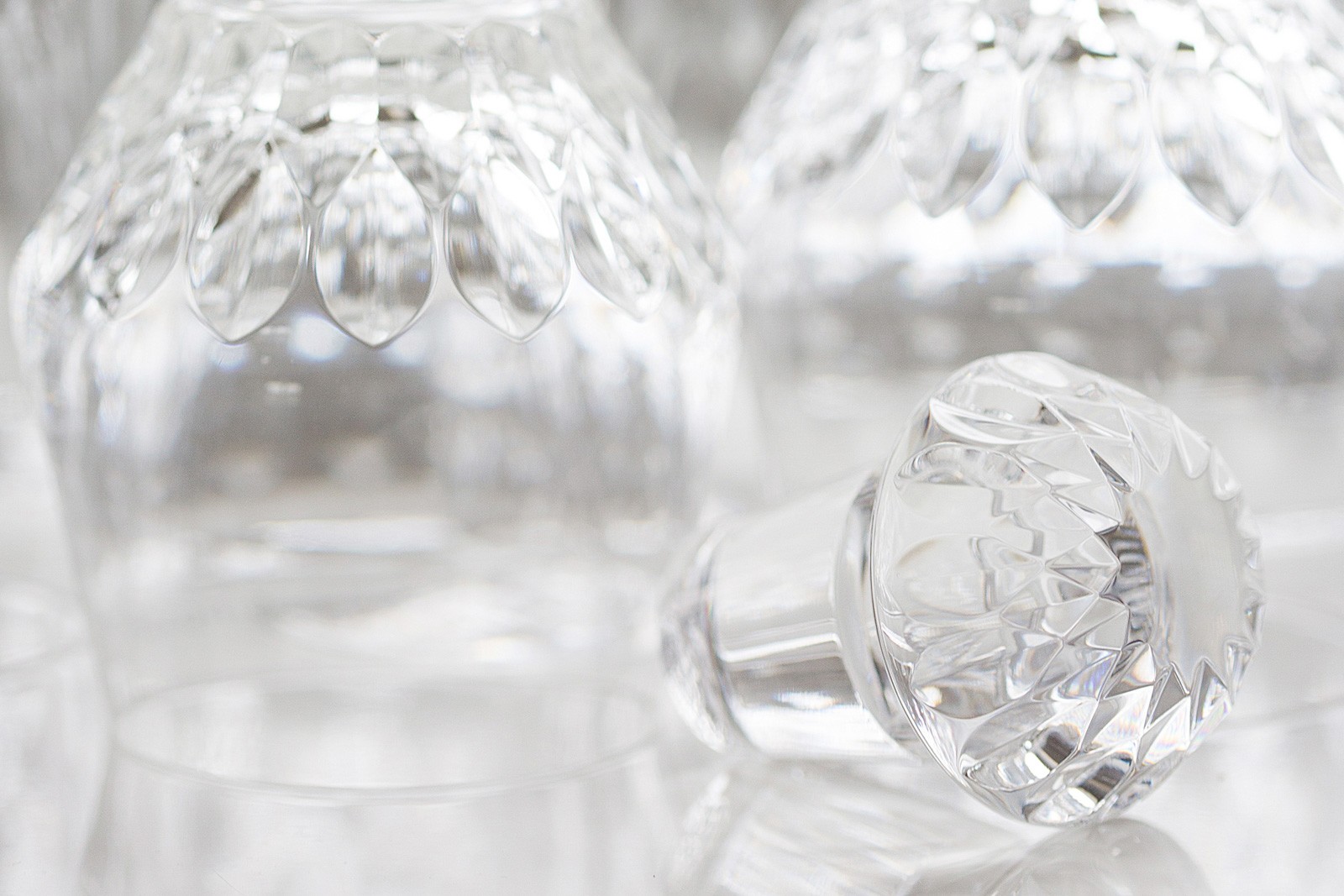 Noé Duchaufour-Lawrance has designed the Folia Collection in association with Saint-Louis crystal. This represents 25 pieces, including lighting, barware, vases and candleholders, with the cut inspired by a leaf translated into geometric, regular and contemporary forms — a homage to the Moselle forest in France.

Saint-Louis started in the heart of the forest, in the northern part of the Vosges, where rays of light shimmer through an intricate layer of pine trees. Back in the 1580s, what was to become Saint-Louis, now part of the Hermès Group, was in its infancy. The thick, surrounding forests and sandy soils were key to the prosperity of the young manufacture: wood was fuel for the ovens; the key to turning sand into glass.

Saint-Louis has thrived for four centuries, embracing styles and eras such as Art Nouveau and Art Deco. Even today, crystal is still mouth-blown, hand-cut, hand-engraved and hand-decorated using 24-carat gold or platinum.

“The forest was the starting point; it is the manufacture’s raison de vivre,” says Duchaufour-Lawrance. “The forest is magnificent, projecting its tall trees like a fantasy. The cut of the Folia is drawn from a leaf: carved on the crystal surface, it evolves from a free-flowing elliptic form into a condensed honeycomb pattern at the base of a glass or vase. The nature-inspired motif diffracts the light and composes a new landscape. Imagine looking through a tree canopy, and focusing on how wind and light interact with it to form a beautiful pattern.”

To present Folia, Saint-Louis asked the designer to introduce a furniture collection. “One thing I was certain of was that I didn’t want to cover furniture in crystal. When visiting the Saint-Louis archives, I found that past collections and precious prototypes were saved in wooden boxes. It inspired me to draw a collection around the idea of the box, which would protect the crystal and,at the same time, stage it as the main character in a theatre of light,” says Duchaufour-Lawrance.

His work is always rooted in nature, informed by erosion or the ‘gentle roughness’ of the elements. “The legacy of the Art and Craft movement of the early 20th century is still invaluable today: nature and craftsmanship combined are two pillars of modernity. I don’t believe plastic injections will help define tomorrow’s beauty,” says Duchaufour-Lawrance.

Drawing plays a key role in the designer’s daily life and looking — as seen in the early sketches of the Folia project.He adds: “My job is to look, question and assess what can be slightly altered; then, I compose new shapes and create unique impressions.”

In terms of working with Saint-Louis, Duchaufour-Lawrance says: “The dialogue with master craftsmen is key to understanding their role and how the boundaries can still be pushed. If you consider the thin ‘stem’ of a wine glass — carving it without breaking it was like walking a tightrope; the margin of error is so fine. The result is an unparalleled diffraction, as if one was drinking through mesmerising light.”