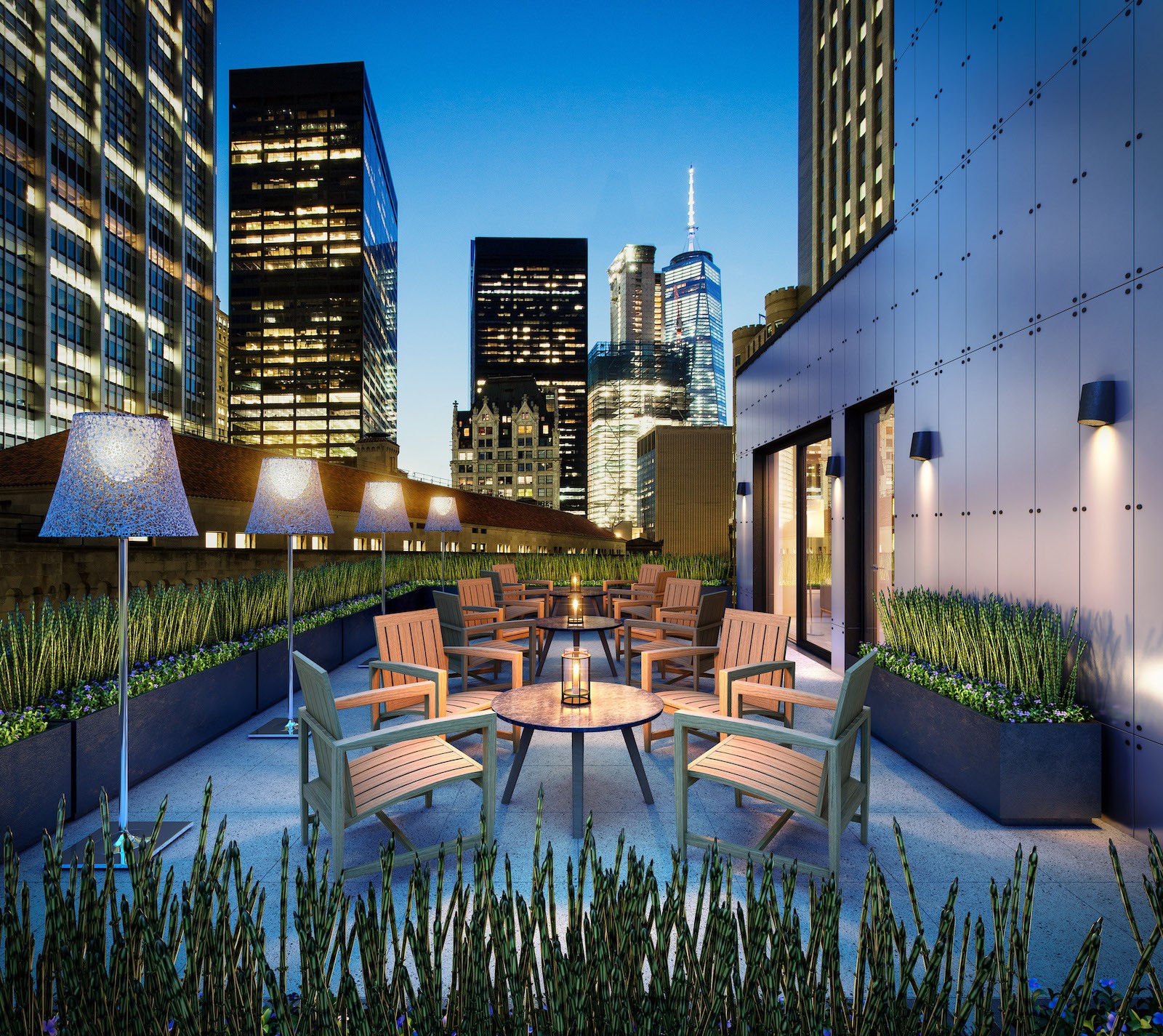 Narrow streets, passing men in suits and skyscrapers that only appear at certain angles. New York’s Downtown Manhattan is fairly bewildering for a first-time visitor.

Still, the once-boring Financial District (near One World Trade Center) has experienced a rise in leisurely activities. It’s not just business as usual as the southern tip of the iconic borough offers newer, bolder additions — from the defiant Fearless Girl bronze sculpture engaged in hundreds of daily ‘wefies’ with her admirers as she symbolically takes on the 7,000-pound Charging Bull; to the ultra-progressive, porcupine-like US$4 billion Oculus train station and shopping mall. New hotels and restaurants have also banked on the neighborhood’s growing attraction to travelers.

While most places market themselves to seasonal holidaymakers, residential hotel AKA Wall Street, which opened last year, caters to a growing niche of international entrepreneurs and families looking for extended-stay accommodation. The property combines the hospitality you’d expect in a hotel with the comfort and privacy of a lived-in luxury condo. Choose between nightly, weekly, and monthly rates, or more extended options.

The Wall Street branch occupies the former Royal Insurance Company building, constructed 100 years ago. It was recently used as a dormitory for Pace University students. A complete two-year renovation was carried out for AKA, but the building’s distinctive curved facade remains today.

You will be greeted by affable staff behind a zen-like wooden front desk at the lobby. They intuitively attend to your every need without being intrusive. Rooms (studio, one-bed or two-bed) come wholly furnished, with full kitchenette stocked with stainless-steel appliances, king-sized beds, work desks, sofas, flat-screen televisions, huge wardrobes and Bulgari bath amenities. Yet, the space still feels uncluttered.

On top of that, a sprawling 20th-floor lounge and rooftop terrace look out over the neighboring Federal Reserve Bank and a glimpse of One World Trade Center. We were told that Larry Korman, president of AKA, loves movies and AKA Wall Street will host screening events, potentially under the stars on warmer nights. Other amenities include a fitness center and a conference room plus business center, all free to guests.

For some good food, guests need not head far. The newly opened Bromberg Brothers’ Blue Ribbon Federal Grill is located on the ground level, next to the hotel’s lobby. The snug space designed by Asfour Guzy Architects, who also worked on AKA Wall Street’s interior, has huge windows, framing the hustle and bustle taking place on the corner of William Street and Maiden Lane. While the dinner menu organizes the dishes by standard meat, seafood and vegetarian selections, Blue Ribbon Federal Grill’s creative beverage program is given extra oomph by its niftily designed cocktail menu, which plots libations on a graph by strength and disposition. Creative riffs on classics, such as the William St. Old Fashioned, are too good to resist. The potent mix of rye, cherry cordial and bitter goes well with a burger decked with ground chuck, stilton blue cheese and thick-cut bacon.

As the Financial District isn’t as crowded and loud as Manhattan’s SoHo or Hell’s Kitchen, it’s no longer simply a business district. Korman once said: “We got excited about what was happening downtown and with all these new restaurants, we knew it was an up-and-coming neighborhood. We wanted to be part of recreating it.”