Live Next Door to the British Royal Family – TheDailyRichest.com
Skip to content 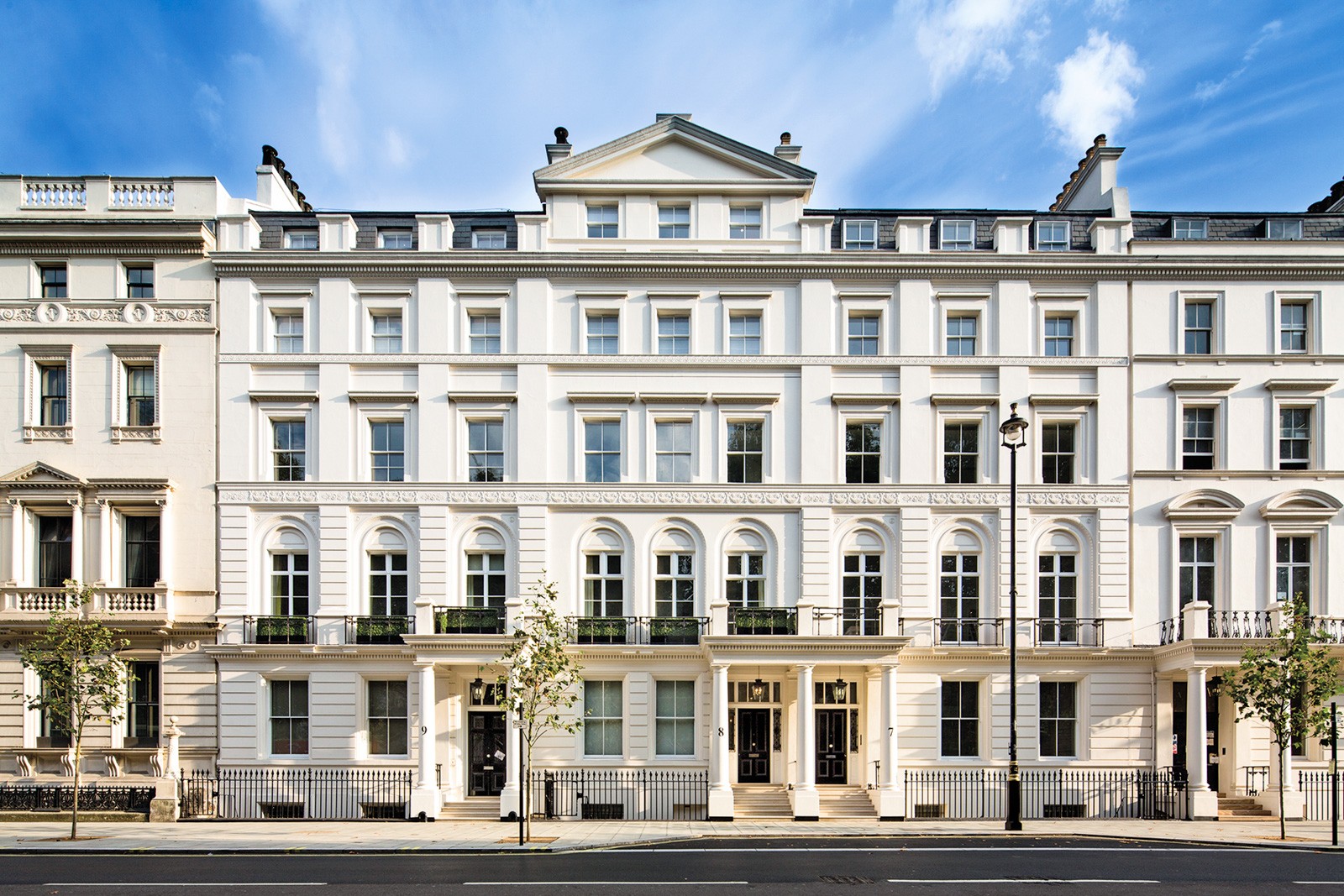 The street next to Buckingham Palace has finally gotten its own royal treatment. Unveiled this week, ‘The Buckingham’ off Buckingham Gate is described as a ‘super-luxury’ residential scheme of six two- and three-bedroom flats, including duplexes, overlooking the royal family’s famous London home.

‘The Buckingham’ is spread across three white stucco-fronted mansions, which just completed a three-year restoration, returning them to their formal noble glory. The five-storey buildings were built between 1859 and 1861. They were designed by architect Sir James Pennethorne, who also worked on the south wing of Buckingham Palace with its prominent ballroom.

A three-bedroom double-lateral penthouse is the showpiece property, and it’ll set you back £18 million. It boasts more than 5,000 square feet of space with three private terraces, according to the listing managed by Beauchamp Estates.

Likewise, each apartment has its own entrance hall, opening onto a double reception room, with high ceilings and windows, as well as a bespoke, custom-designed kitchen. Modern additions include comfort cooling and underfloor heating.

The project has managed to retain some historic prestige of the Regency-style rooms, with original details either restored or carefully replicated, such as ceiling roses, wall mouldings and grand fireplaces.

Previous occupants include earls and viscounts, as well as revolutionary politicians and fashion designers. Anglo-Irish landowner Sir Robert Gore-Booth lived in one of the buildings, where his granddaughter Constance was born. Constance Markievicz, as she was called after her marriage, eventually became a Irish politician and the first woman elected to the British House of Commons.

After 1945, all three mansions were used as government premises or offices, losing some of their grandeur, until 2008 when the extensive restoration and refurbishment plan was put in place.

Marcus O’Brien, senior negotiator at Beauchamp Estates Private Office, says: “The apartments at ’The Buckingham’ are located on the south-east side of St James’s, a royal retreat, which has the benefit of two Royal parks — St James’s and Green Park — and borders Mayfair and Belgravia.

“The grand white stucco mansions and buildings that border Buckingham Palace are some of the grandest in the capital. They offer discerning buyers the opportunity of acquiring homes with outstanding lateral space, generous ceiling heights and large rooms, which are not always readily available elsewhere.”