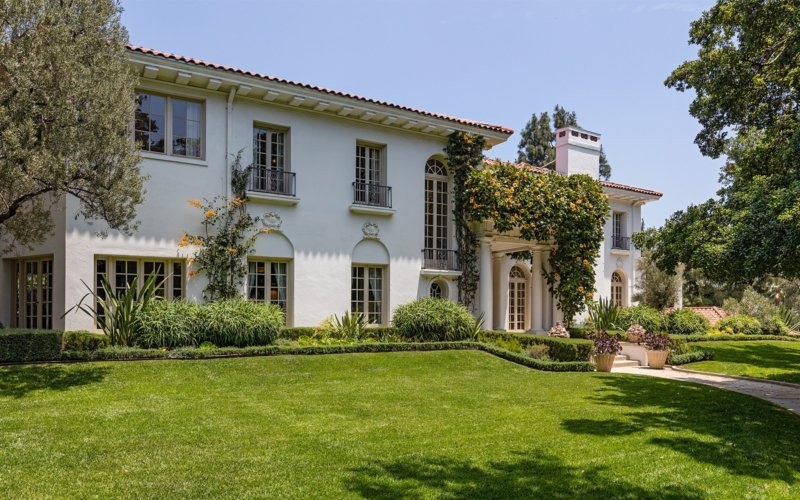 Newly single actress Angelina Jolie — who made headlines when she filed for divorce from Brad Pitt last year — has bought the historic former estate of Cecil B DeMille in Los Angeles, US.

A source close to Jolie told Vanity Fair she has entered escrow on the house in the LA hillside neighborhood of Los Feliz. The mansion was built in 1916 by DeMille and now sits on a 2.1-acre plot, along a street named after the legendary US filmmaker.

It most recently landed in the hands of novelist Richard Grossman and art consultant Lisa Lyons, who then put the property up for sale via Hilton & Hyland for US$24.95 million. Jolie reportedly purchased the six-bedroom home for near the asking price.

The listing describes the mansion to be of a Beaux-Arts architectural style. Jolie and her six kids will not only enjoy the main house, which underwent a six-year renovation, but they will also be able to frolic around a ‘multi-structure compound’, which features a detached garage house, a pool house with a fitness room and a separate studio guest house.

Jolie’s new buy comes after the Maleficent star moved out of the palatial mansion she shared with Pitt in another part of Los Feliz. The former couple owned a multitude of properties together, including a mansion in New Orleans, which they sold in October 2016, and Chateau Miraval, where they tied the knot only three years ago. Despite rumours of a major sale, the French estate and its wine-making operations will continue running for the foreseeable future.