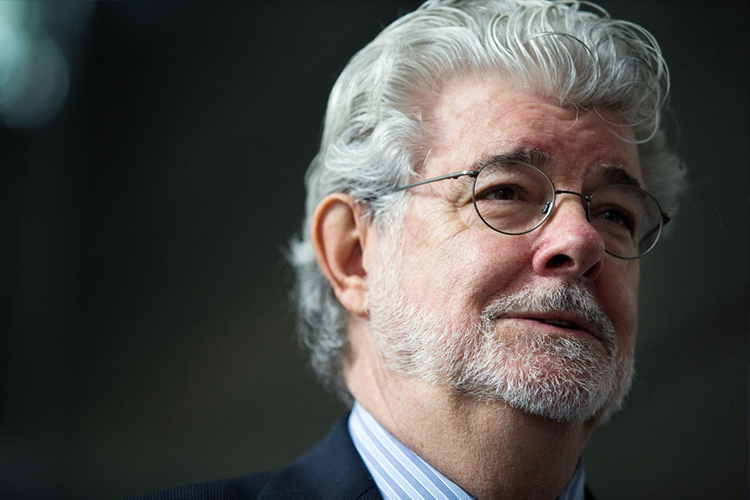 When it comes to Hollywood, George Lucas is a name that commands respect. Over the course of his 50 year career, the filmmaker and entrepreneur has been behind some of the biggest blockbuster hits in history. He’s best known as the creator of the Star Wars franchise, which has been praised by critics and beloved by millions of fans worldwide. Lucas has an undeniable talent for the craft, and his financial success has been further proof of that. According to latest estimates, Lucas has a net worth of approximately $4.5 billion.

Today, “George Lucas” is nearly synonymous with filmmaking, but the creator’s first real passion was actually for motor racing. As a teen, Lucas spent a lot of his time on underground circuits, and spent most of his (then limited) money on upgrading his car.

He first recognized his passion for filmmaking in college when he began shooting with an 8mm camera. Being a race enthusiast, Lucas initially focused on filming motor racing events, but quickly started to explore other avenues of film. After receiving his bachelor degree, Lucas re-enrolled as a film production student.

His work quickly received recognition from the university, and Lucas was awarded a scholarship from Warner Bros. After getting his degree, the filmmaker co-founded American Zoetrope and set his sights on the big screen. The company released their first project a year later, which unfortunately didn’t do that well.

Far from being discouraged, Lucas decided to split and start his own company. Lucasfilm, Ltd., was born in 1971 and just two years later the studio put out American Graffiti, which made more than $140 million in the box office. This was a big win for Lucas, and his name was starting to get the recognition that he deserved.

Five years later Lucasfilm released Star Wars, which quickly became one of the highest-grossing films of all time. Luckily, Lucas was smart enough to negotiate for ownership of licensing and merchandising rights. Over the years, Lucasfilm has earned hundreds of millions of dollars from the sale of licensed Star Wars merchandise. Although he’s written and directed a number of other successful movies (like the Indiana Jones franchise), much of his wealth comes from the success of Star Wars. The remainder can be attributed to the sale of Lucasfilm to Disney – a deal that net George Lucas an impressive $4.05 billion.

Today, the 72 year old is enjoying the fruits of his labour. He spends the majority of his time on his $20 million oceanfront property. The California mansion sits on 1.7 acres of prime real estate and features countless luxe amenities.

As impressive as his California estate may be, his $100 million ranch is a little bit more so. Dubbed the “Skywalker ranch,” the property spans over 4,700 acres of lush greenery. The ranch includes numerous vineyards, a few swimming pools, a fire station, a fitness center, a 1000 book library, a lake, a garden, and a home theater.

Lucas’ “home theater,” consists of more than 300 seats and multiple screening rooms. Also on the property is a Lucas owned restaurant that prepares fresh meals for visitors. In his garage you can find a Ferrari F360, a Fiat Bianchina, and a Mosler MT900s.

While Lucas certainly leads a lavish lifestyle, he joined Warren Buffett’s Giving Pledge in 2010. For those not in the know – the pledge asks billionaires to donate the vast majority of their wealth to charity.

On top of giving away most of his money after his death, Lucas is doing quite a bit while he’s still with us. In 2015 he proposed a low-income housing project, that will be completed in 2019. He is financing the entire operation from his own pocket. As if all of that wasn’t enough, Lucas has also set up a nonprofit that funds and encourages innovation in public schools.