From Paris to Normandy: Luxury Cruises Down The Seine – TheDailyRichest.com
Skip to content 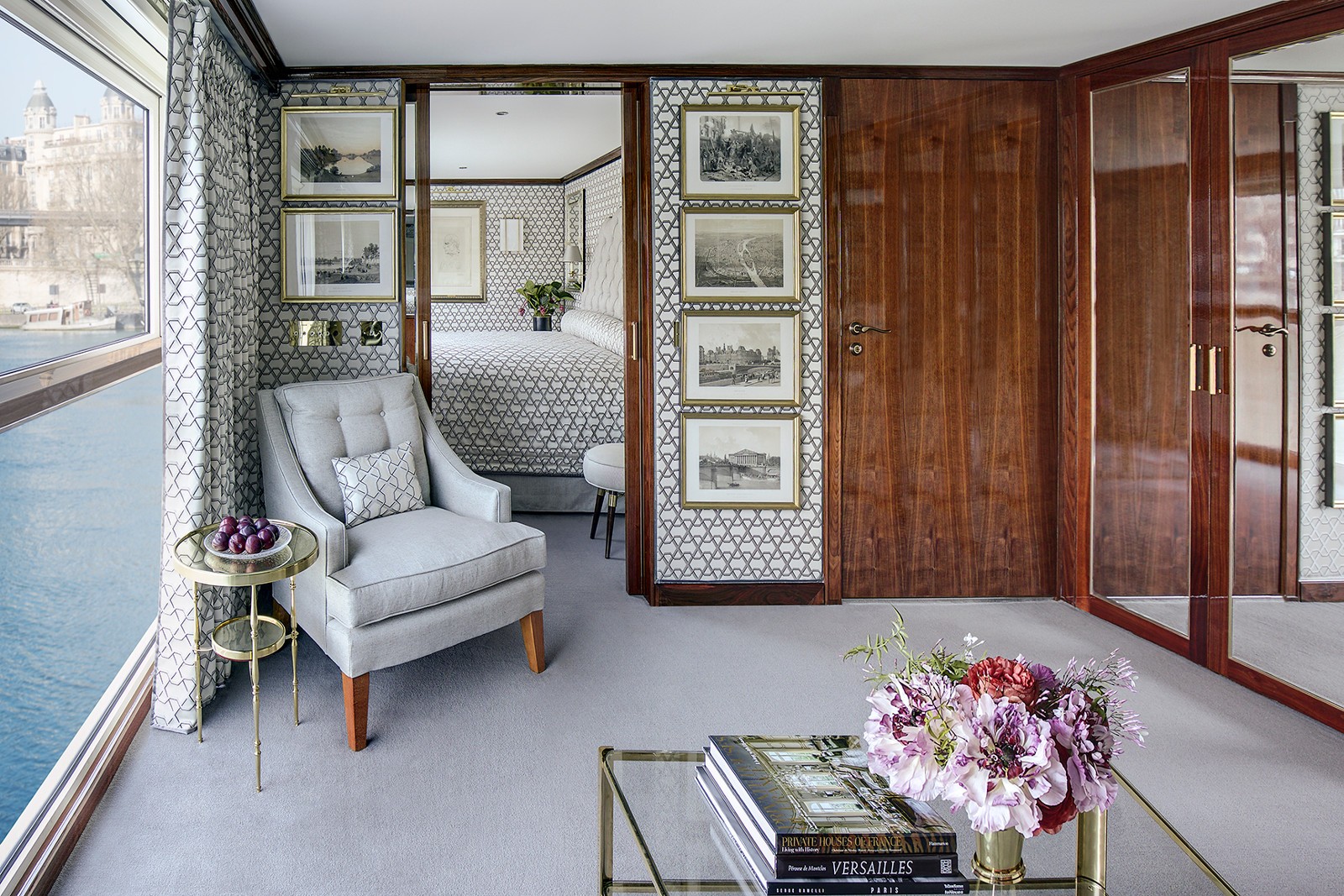 The City of Light has an allure that is incomparable. Whatever you fancy, France’s (some say Europe’s) capital has it in spades. From art, to history, fashion and lustworthy cuisine, it is rare to find a traveller that does not revel in the je ne sais quoi that is Paris. Even saying the word evokes an unavoidable smile. A twinkle.

And weaving its way west to the English Channel, the River Seine has been the city’s main artery for more than five millennia. Tens of thousands of Parisians and tourists alike cross its bridges every day visiting the famed sights. But rarely does one associate Le Seine with a luxurious five-star cruise.

This changed last month when the aptly named Joie de Vivre (Joy of Living), embarked on its maiden voyage from Paris to Normandy. The 128-passenger ship is the latest addition to boutique river cruise company Uniworld.

River cruising is not a new concept but in the past five years the sector has seen a marked increase in passenger numbers and the quality of vessels. Cruise Lines International (CLIA) estimates that worldwide 13 new river ships will set sail in 2017, an increase of seven percent on last year. This is buoyed by today’s curious travellers wanting more unique experiences, while not wanting to forego all the pleasures, bells and whistles, of deluxe holidays away.

And from the moment you board, the Joie de Vivre oozes elegance. Designed as a homage to Paris, it is decked out (excuse the pun) in clean wood lines, antique brass, plush fabrics and peppered with original French pop art, circa 1940 — many picked out personally from the private collection of Stanley Tollman, who acquired Uniworld in 2004.

“It’s just like you’re sitting in a café in Paris,” says Ellen Bettridge, Uniworld’s new CEO and president, who took the helm of the company’s 21-strong fleet in August last year. “It’s all about the personal touches that make this ship different.”

Bettridge excitedly showed off the two royal suites, with floor-to-ceiling windows that open directly out to the environs and the generous bathrooms with exclusive white onyx tiles. Which, like all Joie de Vivre’s bathrooms, feature under-floor heating and rain shower.

Regaling the best of European style, the US$26 million ship brings together the work of artisans from across the region, including Italy and The Netherlands. Pierre Frey of Paris produced the fine fabrics found throughout the ship. An exclusive respite for foodies is the Cave des Vins, (a first for Uniworld): a private dining room and kitchen that contains a stellar wine collection, including those from the Tollman family’s vineyards in South Africa.

One of the most enchanting features — along with the cascading waterfall at concierge — is Le Bistro, located at the ship’s bow. Sporting a polished wood finish and serving a selection of classic favourites such as the flavour-packed duck confit, sausage and bean cassoulet, its signature difference is the bay windows that open out to the world passing by. With a glass of Provençal rosé in hand and the tickle of warmth in the spring air, it’s like being transported to the croisette at Cannes.

Following the official christening of the ship by its godmother, Dame Joan Collins, the ship began its eight-day sojourn. Because of its unique size (125m, instead of the standard 135m), the Joie de Vivre is able to depart from the heart of the city, a stone’s throw from the Eiffel Tower — an iconic way to begin and end the cruise.

It doesn’t take long for urban Paris to be usurped by lines of trees, rolling hills and patches of white chalk cliffs that glow in the midday sun. The 150km journey north west to Caudebec-en-Caux, sails via Mantes-la-Jolie, Vernon/Giverny, Les Andelys and the city of spires, Rouen.

The all-inclusive cruise means organised excursions — some of which are exclusive to Uniworld — are included in the package, along with all meals and drinks. In Mantes-la-Jolie, passengers can go on a private tour at the Palace of Versailles (no queuing necessary). In Rouen, two-star Michelin chef Gilles Tournadre takes fellow gourmandes on a walking tour of the market and old town, before a private cooking class with local wine and French cider. Private buses take larger groups to the old-world fishing village of Honfleur (complete with fresh Normandy oysters), and the poignant D-Day beaches of the Second World War. Bikes are also available for random personal escapades — just be back in time for daily sunset cocktails on the top deck and another amazing six-course dinner with wine pairing in Restaurant Pigalle.

With such curated pleasures rarely seen on land, let alone on water, it’s not surprising to discover the Joie de Vivre is already at 90 percent occupancy for this year’s cruise season. Luxury river cruising is at an all-time high as the tide turns towards providing more boutique and tailored vacations. There is no better way to experience France from a whole new perspective.