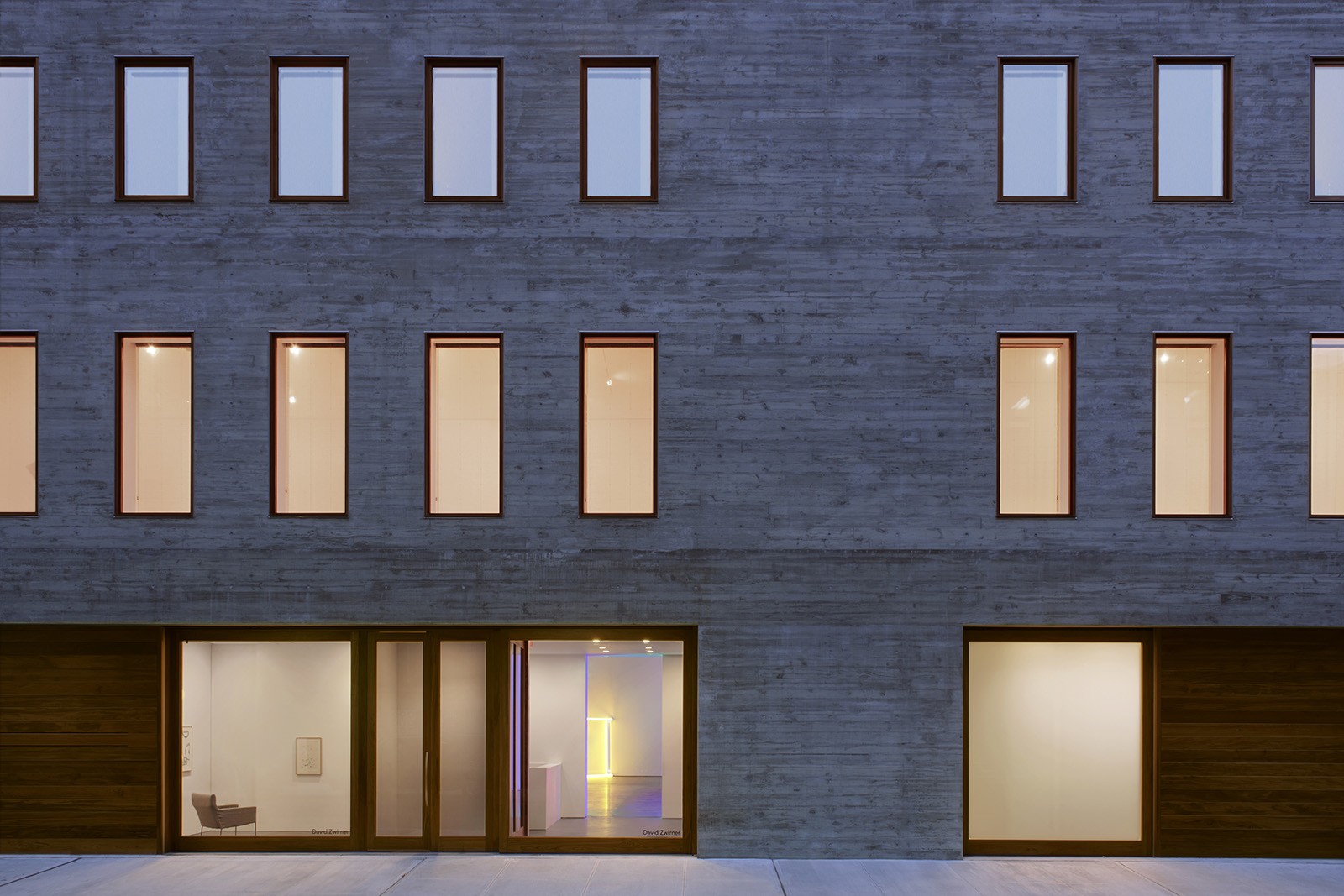 Even if her name doesn’t ring an immediate bell, chances are that if you have a penchant for art you have been in one of Annabelle Selldorf’s spaces. When it comes to architecture she is the go-to person for blue-chip galleries. Her elegant sophistication sets the perfect quiet backdrop for any work of art. And ever since Selldorf converted a New York mansion into the Neue Galerie private museum for Ronald Lauder’s collection of German and Austrian art, she is in the premier league whenever a museum is to be built, renovated or extended.

Selldorf’s colours are usually understated and paired with a refined minimalism so that eventually the atmosphere seems as if the building was made specifically for the exhibited art. Just recently she won the competition for an extension of New York’s Frick collection.

Selldorf’s workload is enormous. In latter years, her company has completed 16 houses in The Hamptons, as well as five massive luxury residential buildings in New York. She has completed a recycling facility in Brooklyn and a showroom with integrated performance hall for piano maker Steinway & Sons in Manhattan. Currently, she is turning railroad warehouses in Arles, south of France, into huge exhibition spaces for the Luma art foundation. Furthermore, she is working on a non-profit school in Zambia and a massive expansion of the Museum of Contemporary Art in San Diego. There is only one downside of being in such high demand: “I have to talk so much nowadays that I really miss the quiet, concentrated design process.”

At the beginning of Selldorf’s rise, however, was a rejection. Back home in her native Germany she couldn’t get into architectural school, even as the daughter of an established architect in Cologne. Feeling down, she started working for her father, and then tried her luck in New York — it proved to be a turning point. “I really appreciated this amazing freedom, all these inspiring people from different countries.” In order to study at New York’s prestigious Pratt Institute she cut a deal with her father. He would pay her rent while she would finance her living. She landed a job as an assistant to architect Richard Gluckman, who specialised in minimalistic art spaces that could make shown work swing. Selldorf already had a strong relationship with the visual arts: “Going to galleries was already part of my parent’s lifestyle. Cologne in the 1980 was a truly inspiring place for contemporary German art,” she recalls.

After her architectural degree at Pratt and a masters programme in Florence, she went back to New York and started her own firm in 1988. Selldorf’s first projects were small projects, all designed on her dining table in Soho. She was content with this — as long as she was her own boss and could work on her precise signature style: clearly designed, well-proportioned spaces and sensuous materials.

In 1990 came Selldorf’s first call from the art world: Michael Werner, a fellow German in New York, asked her to design his gallery on the Upper East Side. The eccentric Werner was the opposite of the proper and well-mannered Selldorf – but the two complemented each other and the timing couldn’t have been better: the art world was just about to become an art market.

David Zwirner, originally also hailing from Cologne, asked Selldorf in the early 1990s if she would be able to plan his first gallery in Soho, and she also worked on another Zwirner gallery on 20th Street in Chelsea that opened in 2013. It includes not only a five-storey concrete staircase, but also different exhibition spaces, all cast-in-place concrete — which Selldorf made look as soft as velvet. Her inspiration came from Le Corbusier’s hillside convent of La Tourette. “But little did I know what a formidable challenge concrete would pose,” she said wryly during a talk at Harvard University.

This year will see Zwirner and Selldorf working together again on their 20th project, a new branch in Hong Kong, which is to open in early 2018. Yet not all Zwirner’s commissions were for public spaces as Selldorf has also taken care of his private homes, relying on her expertise in residential architecture.

A great example of a unique attention to detail on every level is the most recent Selldorf project on the corner site of 42 Crosby Street in Soho. This has an expansive facade, a porte-cochère entrance, a car elevator, public sculptures by artist Paula Hayes and a landscaped courtyard. In contrast to Soho’s established iron-cast neighbourhood, Selldorf chose large stainless windows, higher ceilings and generous open-plan living areas.

The interior is also particularly striking. Some of the furniture comes from Selldorf’s sideline Vica. The result is a touching form of harmony. And that’s exactly what she wants —an environment that can enhance the chaotic lives of people. “Architecture is not only what you see, but what it does,” she says.