A New Breed of Stealthy Superyachts – TheDailyRichest.com
Skip to content 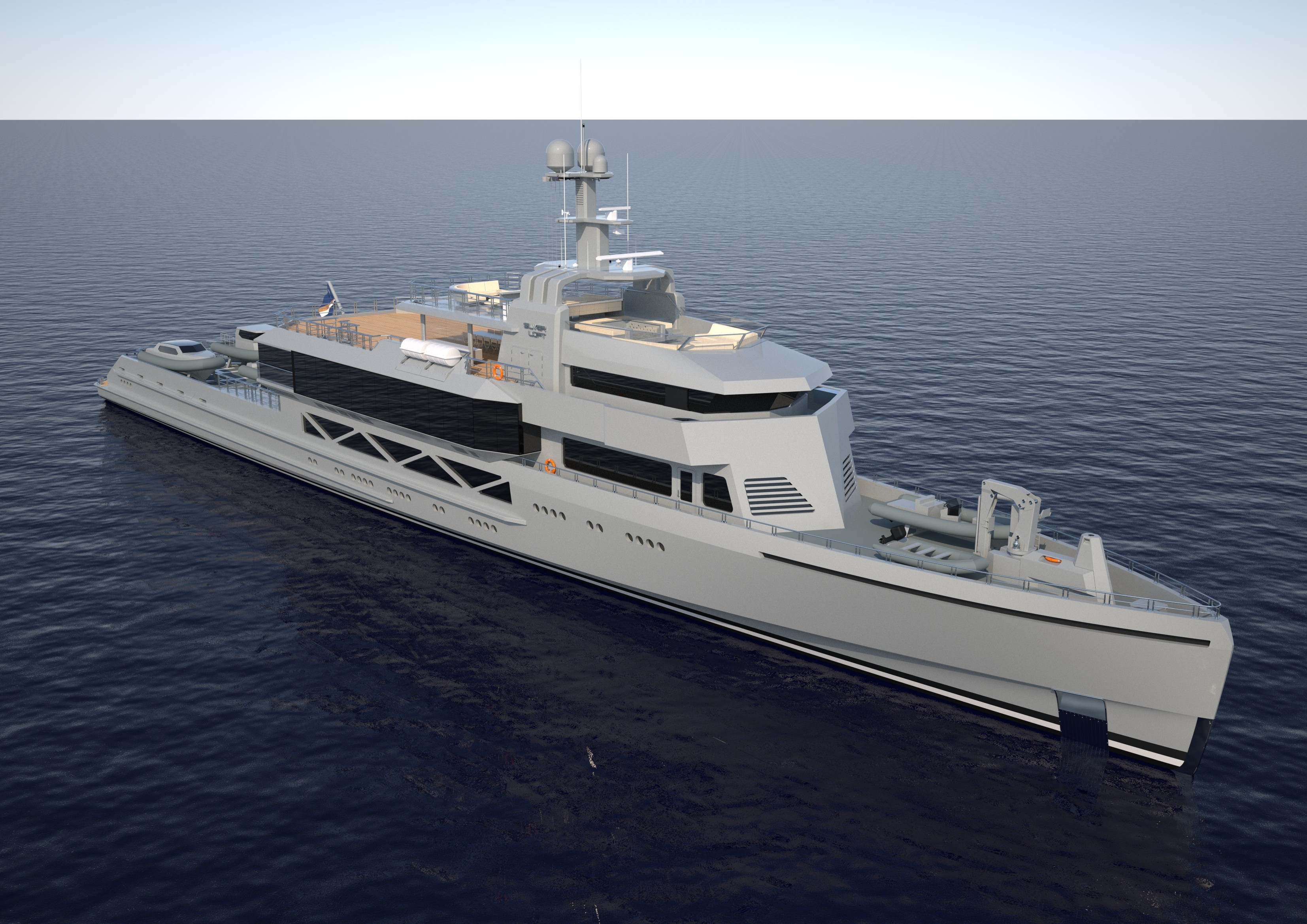 As stealthy as a 77m superyacht can realistically be, Silver Fast managed to sneak, under the cover of darkness, into One˚15 Marina for the Singapore Yacht Show this month. Sleek and gunmetal grey, she was a striking addition to the show. Her designer Espen Oeino and owner Guido Krass arrived in party-mode the day after.

A slender blade of a weapon, with aggressively raked windscreens, bow and superstructure, Silver Fast is designed to be light and fast (27 knots). With a 10m beam and generous walk around decks, she is comparable to a yacht half Silver Fast’s length. Surprisingly, her interior feels capacious, especially considering she has one master, three VIPs, five doubles and three twin cabins. The majority of superyachts are limited to 12 guests but SilverYachts opted for a more stringent vessel classification — usually the domain of cruise ships — and invested time interrogating the layout to squeeze every drop from the rules, allowing accommodation for 18 guests.

Silver Fast is the fourth and final iteration of Espen Oeino’s 70-plus-metre platform — by fine tuning the design and production Silver Yachts has been able to keep manufacturing lead times and costs to schedule. This is achieved in no small part to the client also being the owner of the shipyard; Silver Yachts is the only shipyard producing vessels of this size speculatively. By the very nature of the superyacht business, super-wealthy clients generally have more collateral and better lawyers than the shipyards, and projects often get tangled in webs of litigation where cost and time overruns can bankrupt shipyards and suppliers.

Building superyachts to a proven design requires confidence and deep pockets but the benefits to the final yacht are innumerable: reducing lead times, improving economies of scale, removing esoteric design features and eliminating one-off engineering. SilverYachts has a detailed plan for its next four vessels and is able to scale its facilities and workforce rather than ride the peaks and troughs of finding illusive and fickle prospective owners. As a result, the Fremantle-based shipyard is more high-tech assembly plant than heavy-industry workshop.

SilverYachts may well be a passion project for Krass, who is a keen sailor, but his expertise nurturing medium-size sustainable-tech companies has influenced the steady growth of the shipyard. Despite the yard’s location on the opposite side of the globe to its competitors, quality standards are on a par with Netherland’s finest. Krass’s partnership with Oeino was formed in 2003.

Reminiscent of Norman Foster’s 53m motor yacht Ronin, Silver Loft is a fully equipped 85m expedition shadow vessel with angled, brutalist styling that will no doubt cause consternation to conservatives. Her name hints at the centrepiece of the design — a 300-square-metre-loft-style space with full-height panoramic windows occupying most of the upper deck. While the hull has the same length-to-beam ratio for speed and efficiency the walkaround decks have been axed with the loft space extending beyond the ship’s sides. She will offer a master suite with private saloon, three VIP cabins on the upper deck forward and four guest cabins below. She is due for delivery later this year and, as with her successors, the first owner will be Krass himself before the ship is sold.

Jody Chapman is managing director of 77 Design, a yacht and transport design studio, based in Singapore.