A Billionaire’s Guide to New York – TheDailyRichest.com
Skip to content 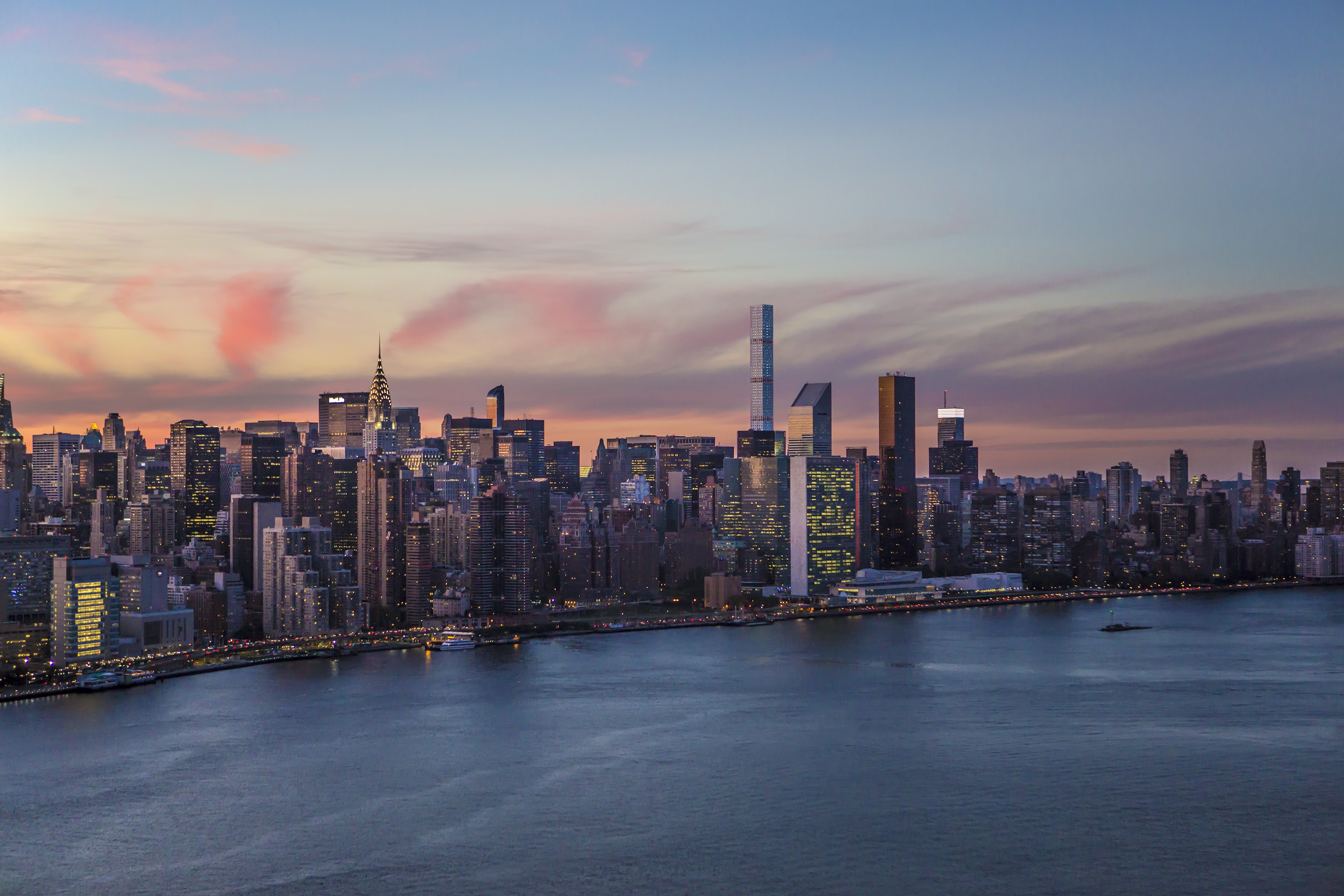 In honour of its richest residents, the city that never sleeps keeps upping the ante with ever-taller, ever-hipper residences, hotels and restaurants. Here’s our pick of the best.

Mapped out
Many of the city’s old-school billionaires such as Michael Bloomberg and David Koch still congregate around the Upper East Side — where new residential towers continue to spring up, desperate for a slice of the action. 432 Park Avenue, billed as the tallest residential building in the western hemisphere, is one of them and there’s currently a US$40 million penthouse for sale there, decked out with custom furniture and interiors by Kelly Behun. The new owner will have to have a head for heights, as well as a taste for luxury; from the 92nd floor, it’s even possible to see the curvature of the Earth. Further downtown, a new generation of billionaires is settling in and settling down. Sean Parker, co-founder of Napster, calls Greenwich Village home, as does We Work’s Adam Neumann — and Condé Nast’s move to One World Trade Center sealed the deal on the ‘new’ New York, centring around Lower Manhattan. Newly opened Four Seasons Downtown offers 157 apartments that rise above any other residential tower in this area. Owners can swim in a sunlit pool or entertain in a private dining room while enjoying gold-star service from the hotel below. Those in the know swoop into town by Blade helicopter, which lands near Wall Street.

Where to stay
Those who don’t snap up an apartment at Four Seasons Downtown may well want to stay at its shiny new hotel or at least dine at CUT, celebrity chef Wolfgang Puck’s first restaurant in New York. The hotel is the group’s second opening in the city and, by all accounts, a show of belief in the area’s much-hyped rebirth. They aren’t the only newcomers to the neighbourhood. The Beekman, just around the corner, is a beautiful bohemian addition, grand without being stuffy, meticulously restored from its former life as a 19th century skyscraper. From either hotel, it’s a matter of mere minutes to walk to Santiago Calatrava’s captivating new Oculus, a modern architectural masterpiece housing a train station and a shopping centre, as well as some more historical offerings, including City Hall. Back in Midtown, just a few blocks from billionaire Margaretta Taylor’s digs in Sutton Square, the newly renovated InterContinental New York Barclay is now taking reservations, while across the water in hipster haven Williamsburg, The Hoxton, which proved a hit in Amsterdam, is joining a fast-growing clutch of Brooklyn boutique hotels.

Where to eat and drink
While there is still a healthy helping of Michelin stars and formal dining rooms in New York City, young billionaires and high-flying entrepreneurs tend to value authenticity over silver service and, for that reason, new restaurants are swarming in to cater to their pared-back tastes. From sunny Italian plates in the Meatpacking District’s Santina, to super-chef Andrew Carmellini’s much-lauded Lafayette, a self-proclaimed ‘grand café’, the mood is very relaxed. The Beatrice Inn, opened by Vanity Fair editor Graydon Carter back in 2012, might not be new, but under the helm of chef Angie Mar it has found a new audience. Where once there was a strict dress code and an A-list clientele, now the food is the star of the show. Those still in search of old-style ritz should head to the Majorelle at The Lowell, which opened in March, sharing sidewalk space with some of the priciest properties on the Upper East Side. Named after Yves Saint Laurent’s famed gardens in Marrakech, the space has its own lush garden, where French cuisine is served amid vines and fruit trees. Those seeking a more clandestine night out might instead check into one of the city’s many private members’ clubs. Soho House (backed by US billionaire investor Ron Burkle) is the obvious choice, particularly its second location, Ludlow House, which opened last year on the Lower East Side. Otherwise, there are stuffier, more traditional options such as The Union Club and The Metropolitan Club, although they are notoriously difficult to get into. When all else fails, The Standard High Line is a no-brainer. Head to the Top of the Standard, order a Manhattan and drink in those dazzling city lights.